People have various notions regarding the way they like to be woken depending on their life-styles, health and schedules. We propose a novel alarm clock interface called “MediAlarm” that can wake people using a combination of various media: sound, lighting, vibrations, room temperature, and SNS. People are able to select various alarms based on their “wake-up level” – the urgency with which they want to be woken – using simple controls. We developed a MediAlarm prototype.
The prototype basically consists of a compact PC with a touch panel display and a speaker (BRULE VilivS5), several actuators, several input devices and a USB I/O module (Gainer mini) as shown in Figure. A user sets his/her wake-up time by the buttons shown on the touch panel, and sets his/her wake-up level by rotating the knob (variable resistor) before going to bed. Although the user can stop the alarm temporarily by pressing the snooze switch on top of the prototype, MediAlarm restarts the alarm repeatedly as long as the system detects the user in bed via the motion or pressure sensors. When the user gets out of bed for more than several minutes, the alarm shuts off completely. 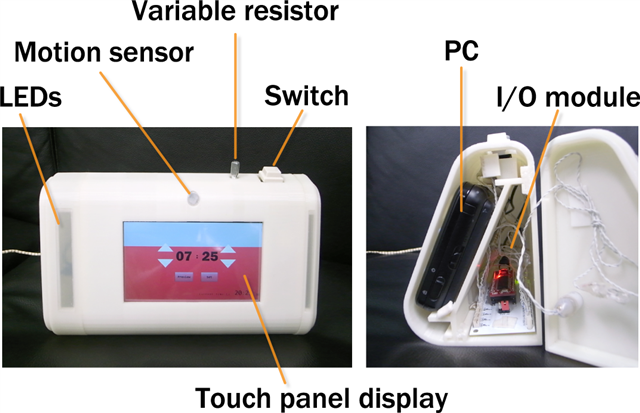 Before sleeping, a user sets the wake-up lever.

One of authors(a 24-year-old, female graduate student) used MediAlarm prototype in a real home environment from Nov. 2009 to May. 2010. 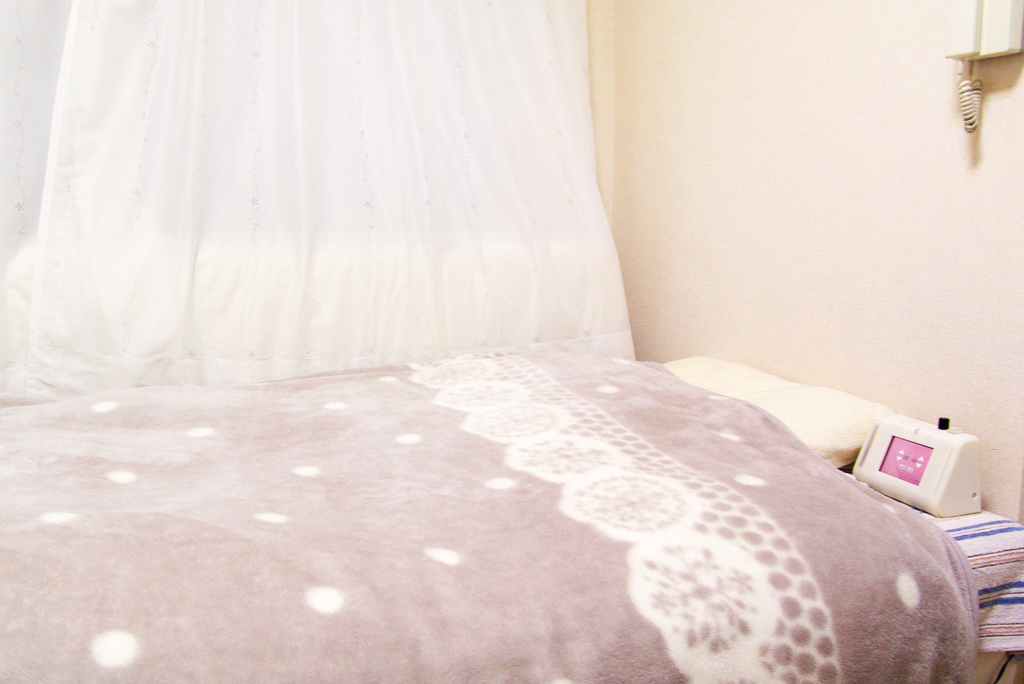